​Boardman Cemetery is the community burial ground started by Captain Harry Boardman who came to the area from Chatauqua County, New York in 1831.  When he set aside the acreage on a pleasant hill in 1832, he had no idea that within three years two small children of his own would lie there:  Clarke, 1 year 6 months, in 1833; and a two year old daughter in 1835.  Boardman himself was laid to rest in 1877 at the age of 83.  By 1846, several area families had burial lots there.  Early that year, Captain Boardman deeded the land to the county commissioners and received payment of $1.00 in return.
According to family tradition, Boardman, a native Vermonter, arrived with $10.000.00 in gold and a piece of silk bolting.  He staked his claim near the timber-studded banks of the DuPage River.  Always interested in community affairs, Captain Boardman served as election judge and county commissioner for many years.

None of Boardman's children approached his longevity.  His oldest son Horace came close at 61.  His daughters Adaline and Sabra died at ages 38 and 26, Sabra after giving birth to five children in her 26 years.  All lie in the burial ground on Paxson Road off Royce Road.

From a few graves of several families in 1846 the cemetery grew until it had become the resting place of some seventy persons.  Through the 1840s to the 1880s it increased.  Sometimes the graves are scattered ones, usually early and then no more, as silent reminder of the shifting population of the early Middle West.  Sometimes the graves give a record of a long line of descendants who remained in the neighborhood for generations.  Many of the families buried here were connected to the Boardman family and records form an interesting mosaic of early relationships in life and a common resting place in death.

After Capt. Boardman died, families connected to the Boardmans began to drift away, there was no town, and hence the cemetery did not become a village burial ground as in the New England states, nor was there a church congregation to keep it alive as is the case of many small New England burial grounds.

After 1860, only the Strong and the Royce family records persist through the first quarter of the century.  The cemetery became an impenetrable thicket of trees, lilacs, iris, peonies, and Indian Paint, surrounded by a high fence over which bittersweet climbs.  Around the plot were waving grain fields - gold against the green, but the stones still reveal a cross section of the early settlers of the Du Page Country, just west of Barber's Corners.

The cemetery remained overgrown and abandoned, and if not for the curiosity of a 16 year old girl, Lois Michael, this historical landmark may not have been saved.   In 1972, Ms. Michael became interested and contacted James Bingle, then Township Assessor, who launched the investigation by township and county officials who eventually determined that the county owned the burying ground.  In May of 1972, the county deeded the cemetery to the township which agreed to work with the Will County Historical Society toward the restoration of the cemetery where many oldtime residents whose names were once prominent in the history of the area lay buried.

In addition to the Boardmans, other families interred in the cemetery are Barber, Freeman, Ingalls, Paxson, Royce, Standish, Strong, Wescott, Whallon, and more.  The streets surrounding the cemetery, in the Heritage Creek subdivision, are named after these early settlers.

A full list of burials in the cemetery can be found in the Bolingbrook history compilations from which this information was taken.  They are available for purchase at the Bolingbrook Village Hall.

In the future, we will add more information on the families buried in historic Boardman Cemetery.

The pictures below represent a selection of headstones for the families mentioned above.  The Bolingbrook Historic Preservation Commission has pictures of all the headstones.  Please contact us if you would like to see additional pictures (use the "contact us" tab here on the site). 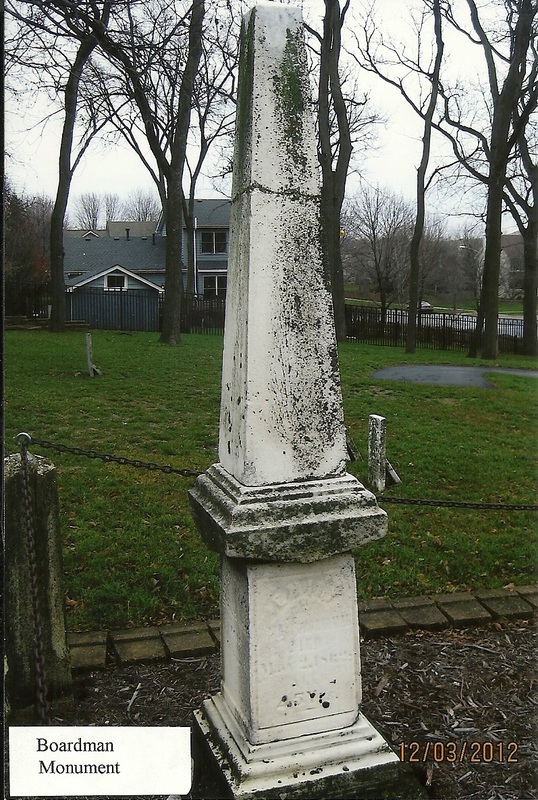 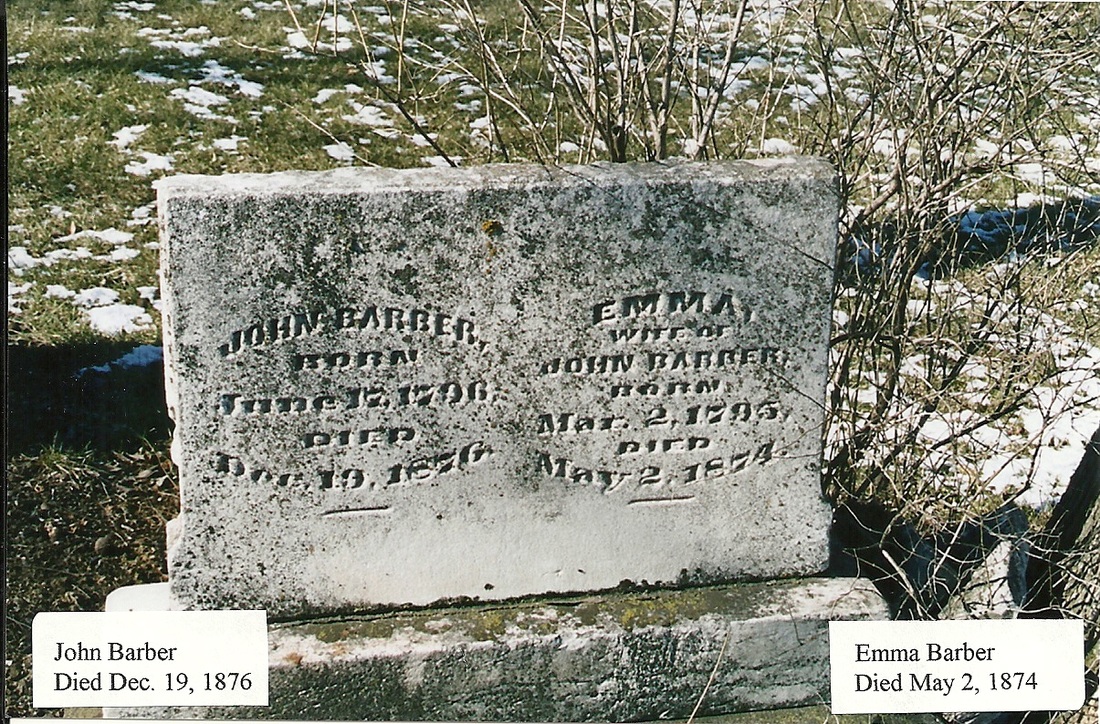 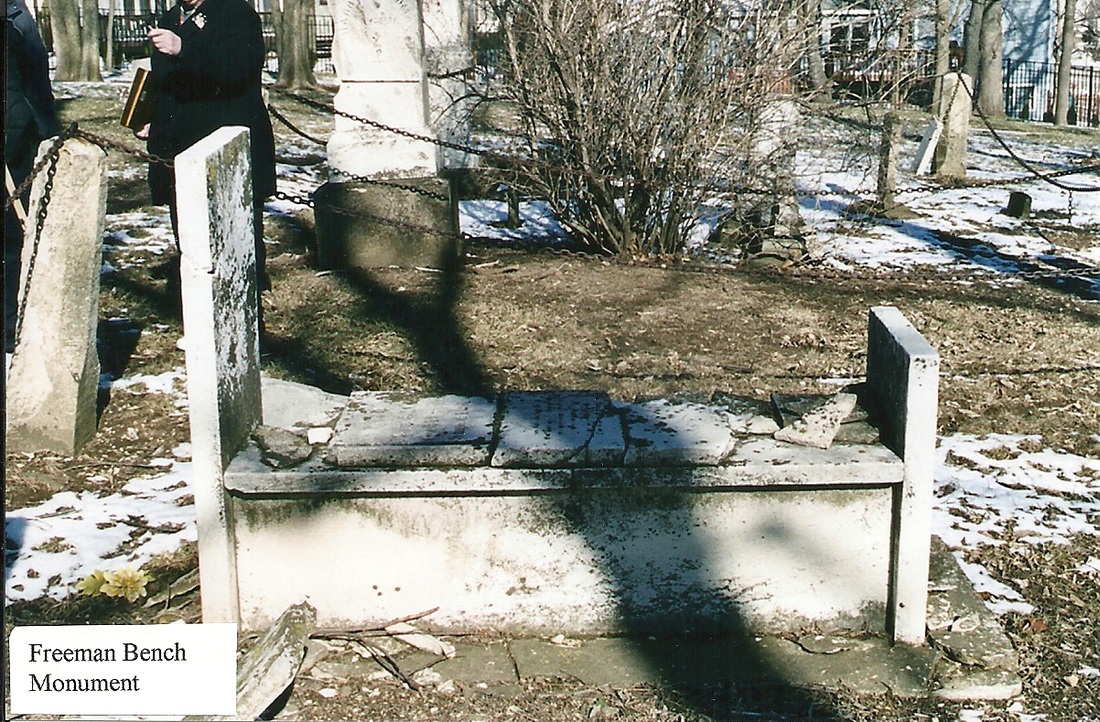 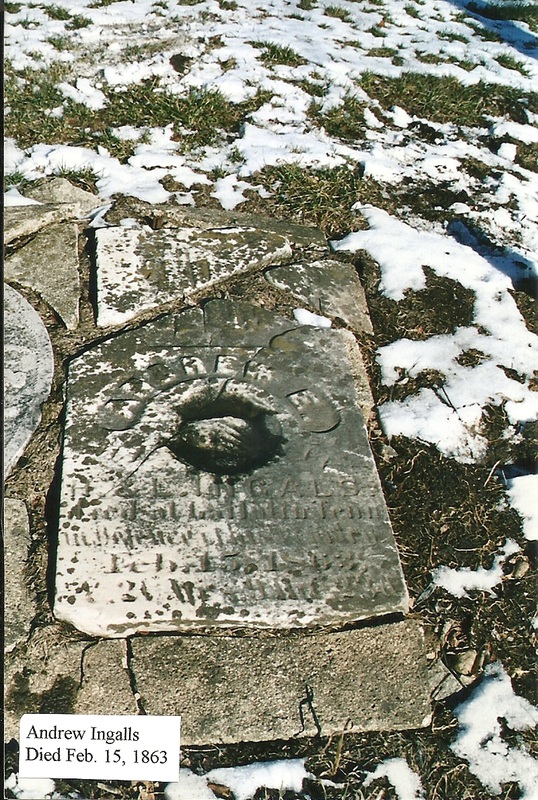 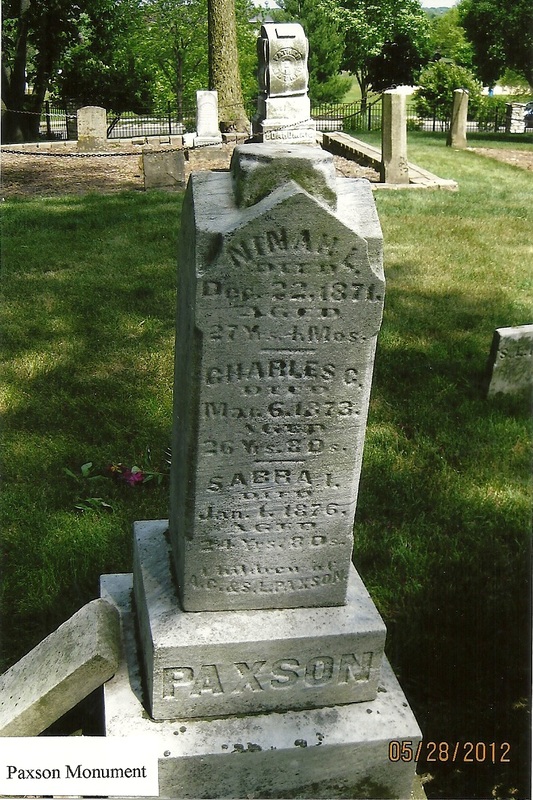 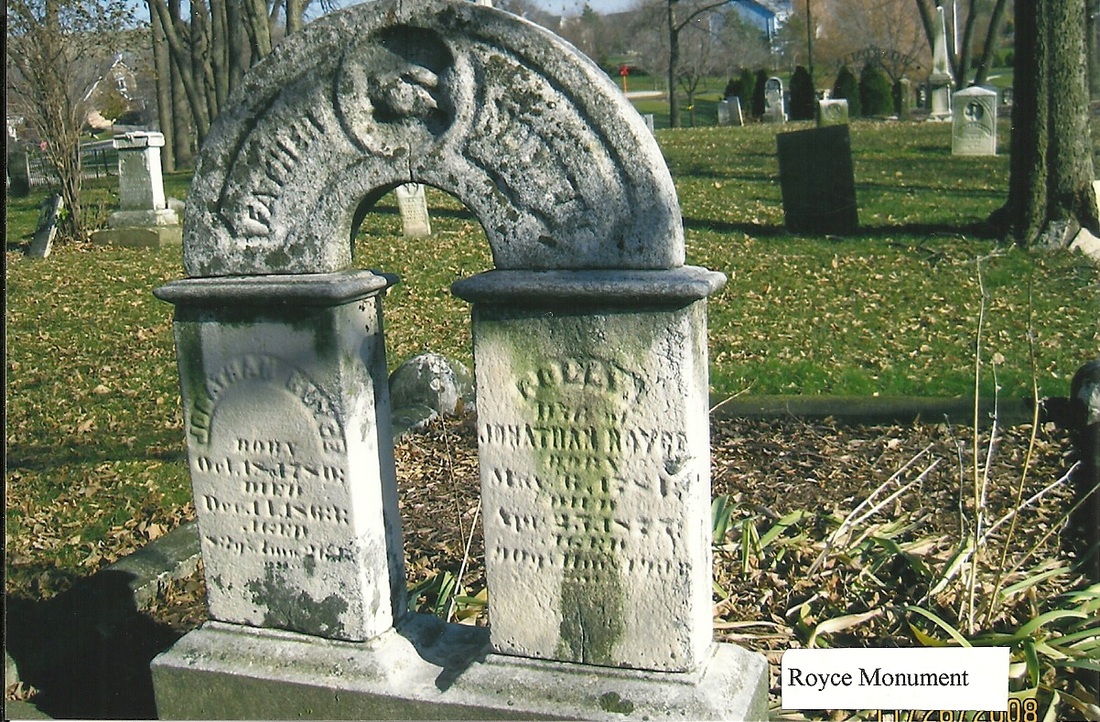 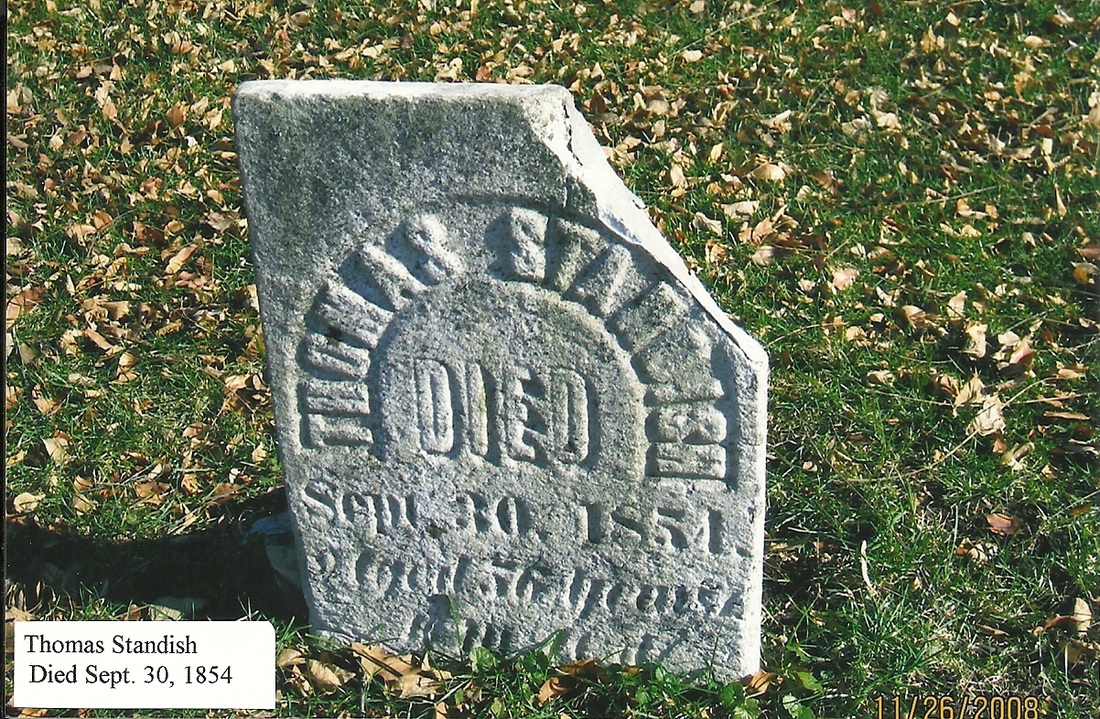 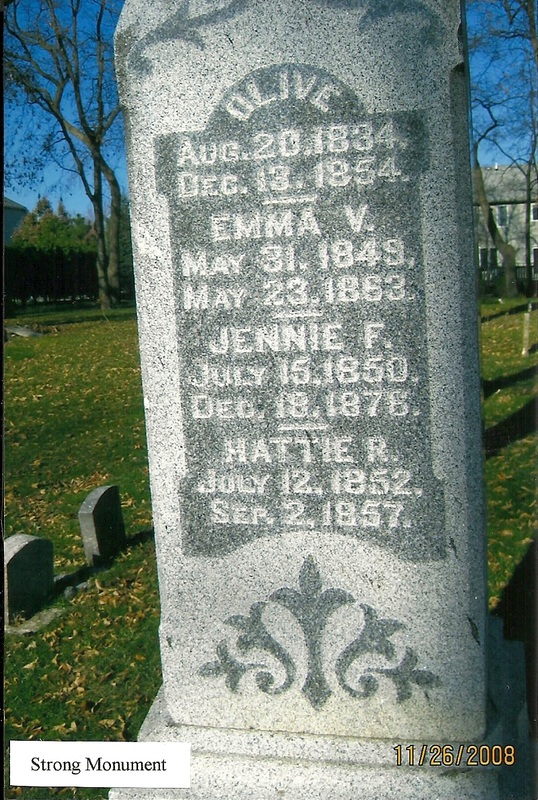 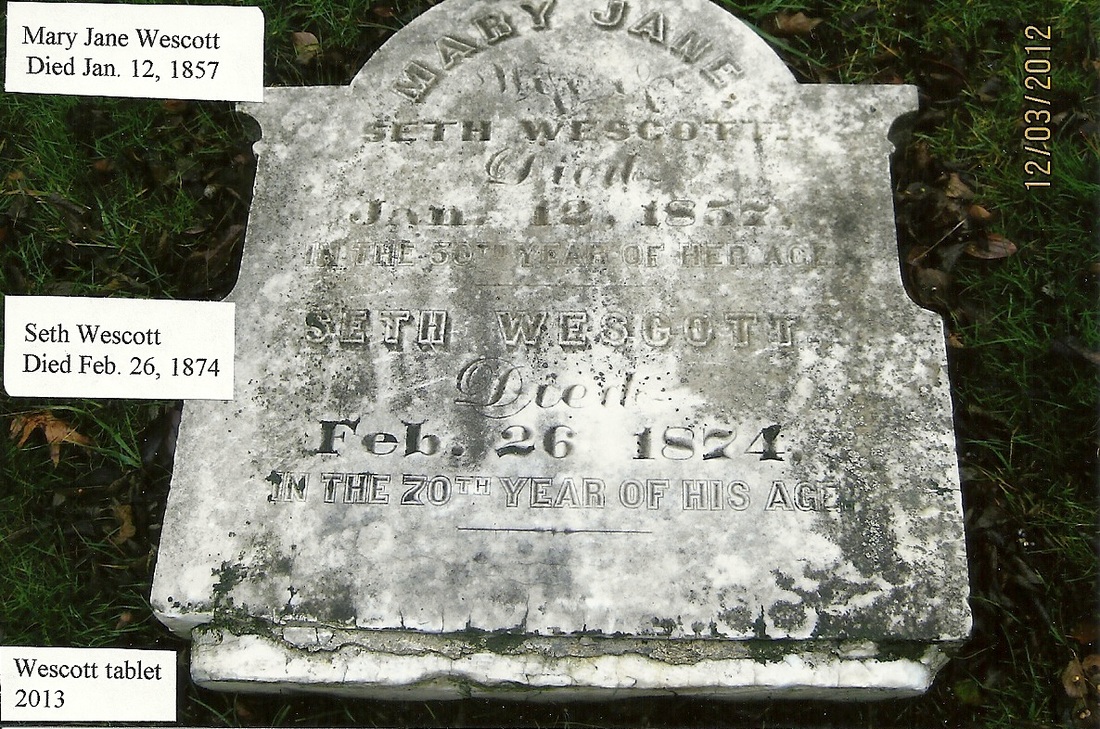 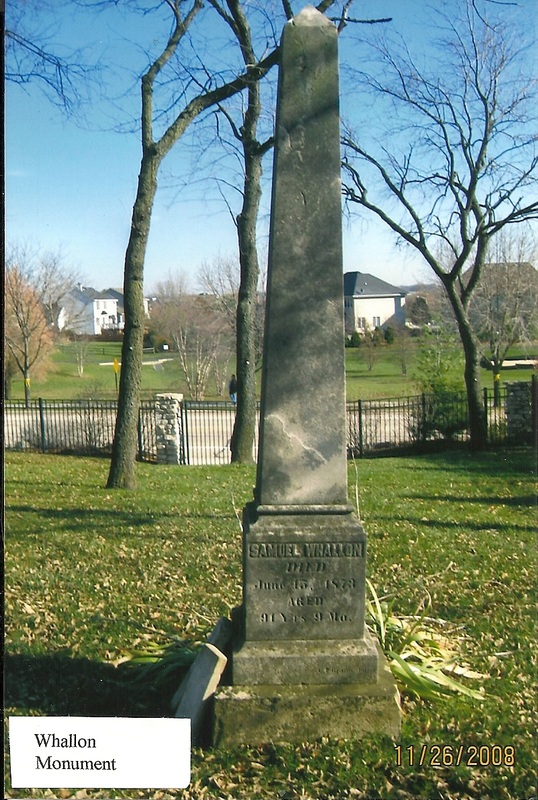